We continued our drive across Washington state. It was a little warm and drizzly now and then–Nothing serious, just enough to use the wipers at times. As we approached the Seattle area our GPS, once again, played a little trick on us. My plan was to go south around Puget Sound, but the GPS wanted me to go through Seattle and take a ferry. It gave me my options and one route had tolls, the other did not. So … I assumed the toll was the ferry cost and clicked no toll.

We get to Interstate 5 and GPS tells me to take North 5—right into downtown Seattle. Not sure what toll I was avoiding, but I was heading to a ferry. Turning south instead I made it around the sound, over the Tacoma Narrows Bridge (which I heard of a long time ago), and headed up onto the Olympic Peninsula.

We were a bit early to check in to our Airbnb so we headed on up the Olympic National Park visitors center to get a head start on planning our next few days. The clouds were so low that we opted not to continue up to Hurricane Ridge. As we climbed, it was like being in the thickest fog I’d ever seen. We could barely see the trees at the side of the road so we guessed the sight from the ridge top would be similar. I didn’t need to drive 16 miles up a mountain in zero visibility conditions just to see something I could see anywhere by closing my eyes.

As a consolation, we made a small sightseeing trip into Port Townsend and stopped at a health food store before checking into our bay front Airbnb. 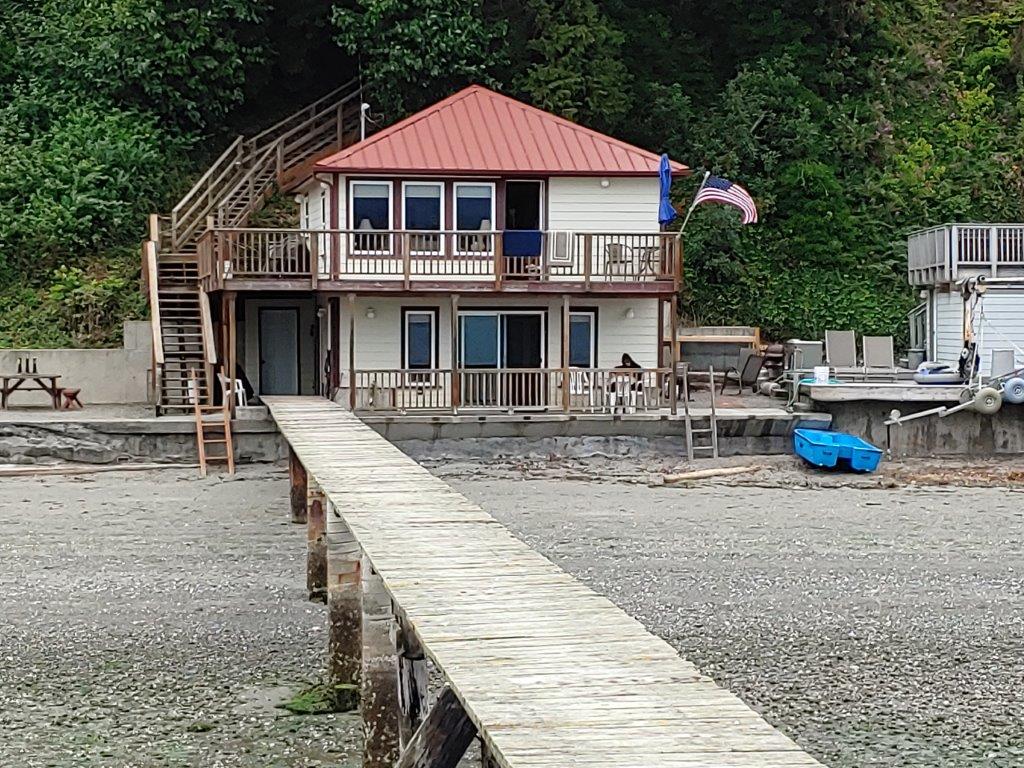 From the parking lot we had 63 steps climb down to the second floor of our rental, and then about 15 more to our level. But we were right on the water. At high tide the waves splashed against the seawall right at our porch. Low tide left about 20 feet of nice sandy beach. This was the Discovery Bay.

The next day we did go to Hurricane Ridge in Olympic National Park. It was cloudy (and fog-like), but it broke in places throughout the day, so we could see some magnificent mountain peaks. As we drove into the parking lot we could only see a few car-lengths ahead. We thought the day would be a bust. Then, like magic, the big two-story visitor center popped out of the cloud. Then, the mountains in the background showed themselves a few at a time.

After a long exhausting day, we ended up back at our beach house for a relaxing meal and to watch the boats on the water. We did have a little trouble as we started cooking supper. The oven was run off a propane tank that went empty on us halfway through some baked squash. The host changed tanks for us and gave us a bottle of wine for our trouble. (Thanks, Donna!)

The next day we slept in a little, practice guitar on the porch, and wandered down the pier. A wonderful stay. Then on to Sequim.